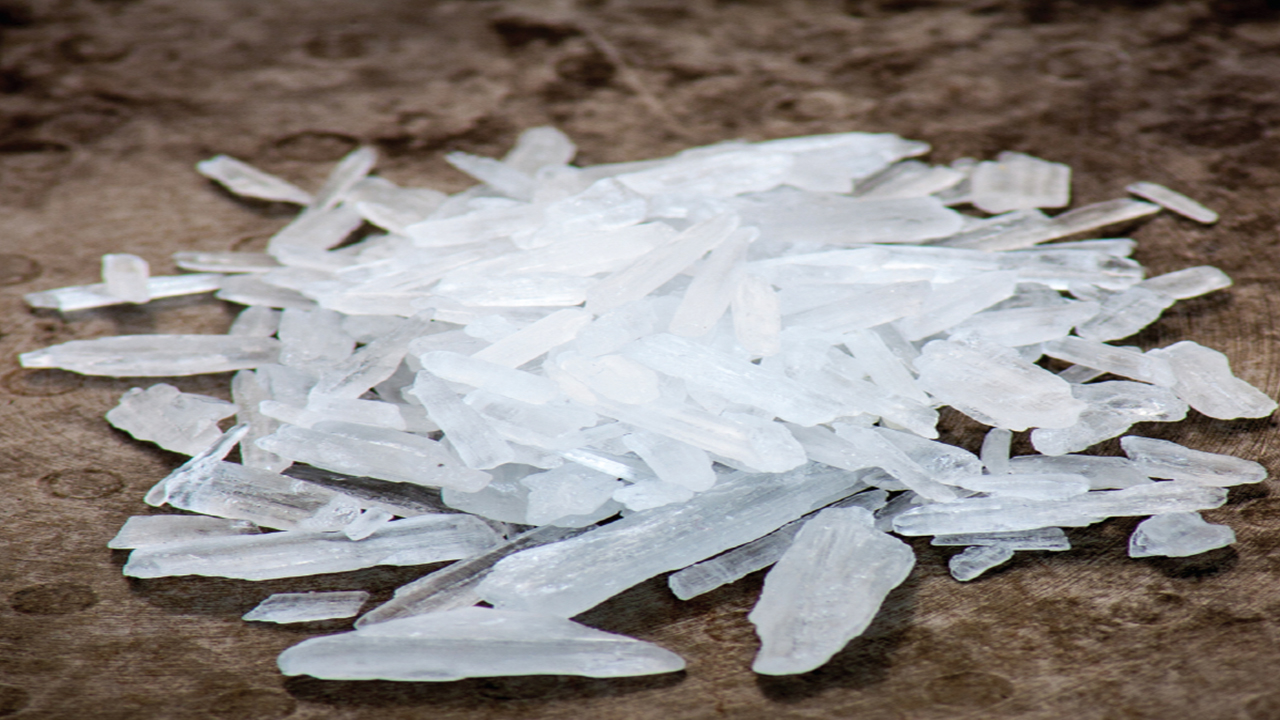 What Is Crystal Meth?

Meth, short for methamphetamine, is a highly addictive stimulant that, with habitual use, can significantly impair cognitive function. Meth is usually found in the form of white powder, with no smell, but a bitter taste. Meth may also appear in pill form or crystallized form—which is also referred to as crystal meth. Meth can be snorted, smoked, or injected intravenously with a needle.

Crystal meth is extremely addictive, to the point where individuals have reported being addicted even after using crystal meth only once. It can also have devastating and life-threatening effects, but despite its dangers, in 2013 about 12.3 million people over 12 years of age reported using methamphetamine at some point during their lifetime.

Crystal meth has a long history. Methamphetamine’s parent drug, amphetamine, was first synthesized in 1887 at the University of Berlin. About 30 years later, Japan began making a more powerful, chemically modified version of the drug called methamphetamine, which was not widely used until World War II, when soldiers used amphetamine-type stimulants to reduce fatigue and suppress appetite.

After the war, methamphetamine was medically approved to treat depression as well as prescribed as a weight loss aid in the United States. Abuse began to peak in the 1960s, and by 1971 the government made the majority of methamphetamine use illegal. Since then, methamphetamine has been manufactured and distributed by “super labs”—large facilities that produce large quantities of extremely potent meth—as well as home labs.

Your Brain On Crystal Meth

Methamphetamine is a stimulant, or “upper.” This means that its effect on the central nervous system is activating.

Short-term effects of methamphetamine include:

Research has shown that individuals who have regularly used meth are associated with impaired memory and slowed motor skills, even after long abstinence from the drug.

Crystal meth users are also at significant risk for psychological and behavioral issues, including confusion, mood disturbances, paranoia, and violent behavior. Psychotic symptoms, such as hallucinations and delusions, are also possible. In particular, the delusion of bugs crawling underneath the skin has been often reported, so much so that the sensation is known as “meth mites.”

The damage crystal meth does to the brain is progressive, and can be extensive. And notably, research studies are still being conducted on whether or not the brain can fully recover from the damage caused by crystal meth. In some cases, such as the death of brain cells due to meth use, the effects can be profound and lasting.

Need Help? We Are Here

Addiction can affect anyone. If you or a loved one are currently living with addiction or alcoholism, help is available! We encourage you to reach out to the professionals at Oasis Recovery to learn more about our personalized treatment programs and mental health services. Oasis Recovery was founded from firsthand experience of addiction and recovery, with a mission of providing a space where people can heal from addiction in a compassionate, creative, open-minded, and heart-centered environment. We believe recovery is always possible. Our experts work with you to design a treatment plan that fits your needs. Common treatment programs include:

Delta-8 tetrahydrocannabinol, more commonly referred to as delta-8 THC, is one of the main active cannabinoids found in cannabis. Delta-8 THC is present in varying concentrations in different strains of cannabis and can have a significant effect on users. In this article, we’ll discuss the 5 things you need to know about delta-8 THC, including…

Drugs are a big problem in America. Whether it’s cocaine, heroin, or meth, these substances have the power to shape people’s lives for the worst. According to the National Survey on Drug Use and Health, there are roughly 23.5 million Americans using illicit drugs. However, meth is one of the most notorious of them all. …

Do you know much about codeine? Perhaps you tried it because one of your friends told you it was an easy way to get high. You may have even heard that drinking alcohol with it made it even more fun. It is time that you knew the truth.  Have you accidentally become addicted to codeine?…

In the past few years, ayahuasca—a powerful natural hallucinogenic brew made from the leaves of the ayahuasca plant—has experienced a surge in global interest. This is thanks to the growing body of scientific research that is now exploring the ways in which ayahuasca therapy can treat a variety of ailments and addictions. But what exactly…

How to get sober in Asheville, North Carolina. This beautiful mountain town has long been a healing destination—dating back to the early 1900s! In the past century, not much has changed. Many people flock to this part of the Blue Ridge mountains to heal, recuperate, and improve their emotional, mental, and physical well-being. If you…

Are you trying to finally get sober from alcohol or drugs? If so, one thing you’re probably wondering about is how to deal with withdrawal. For many people, withdrawal can be the hardest part of overcoming their addiction. Withdrawal often comes with severe side effects, which can range from nausea to headaches to hallucinations. Luckily,…