The term “dry drunk”, also sometimes referred to as “dry drunk syndrome”, was invented by the creators of the 12-Step program and Alcoholics Anonymous. The concept of the “dry drunk” is described and defined by R.J. Solberg in his 1970 book, The Dry Drunk Syndrome, as “the presence of actions and attitudes that characterized the alcoholic prior to recovery.” It boils down to the concept that a person who is in recovery from alcoholism may continue to behave in problematic ways and have similar negative traits as when they were under the influence and in the throes of addiction.

There are many reasons why someone may continue to have “dry drunk” characteristics. It’s possible that although someone has kicked the literal habit of abusing alcohol, they have not done the work of changing their lifestyle.

“Dry drunk” characteristics are often seen in those who have broader issues associated with post-acute withdrawal syndrome (PAWS). PAWS is, in short, a way of describing persistent withdrawal symptoms that do not go away soon after a person ceases the use of drugs or alcohol.

Those who experience post-withdrawal symptoms often have experiences that have traits associated with mood and anxiety disorders.

By some estimates, 75% of those recovering from an alcohol use disorder (AUD) have some PAWS-related symptoms. These long-term withdrawal symptoms are believed to be the result of brain changes that occur as a result of substance abuse.

Individuals who have PAWS symptoms may display commons symptoms including:

PAWS treatment can include using Acamprosate, which is commonly used to help those recovering from alcohol abuse. Therapy can be a helpful tool for those navigating the mental health difficulties associated with PAWS. In therapy, individuals can learn how to cope with frustrations associated with the long-term after-effects of alcoholism and a slow process of recovery.

The term “dry drunk” may seem useful for articulating the issues surrounding behaviors and traits associated with individuals who have ceased abusing alcohol but have not changed their lifestyle. Keep this in mind, the phrasing of “dry drunk” can cause hurt feelings for those who are in the recovery process and genuinely doing their best to get their life back on track.

The use of “dry drunk” is often in a derogatory context and has the connotation of making it seem like a person is not trying to get better. Because use of this term is considered by some to stigmatize individuals who are in recovery, experts suggest it is best to focus on the behaviors and traits that are negative and focus on naming them specifically. A person is not problematic, their behaviors and symptoms can be.

Problematic behavioral symptoms that are often associated with those in recovery who continue to show signs that appear similar to when they were struggling with addiction can include:

Signs Someone is Struggling with Recovery

A person who is in recovery and struggling may show signs that they are having difficulty maintaining a healthy and positive lifestyle or in danger of relapse. It’s important to remember that maintaining lasting sobriety is a lifetime goal and people have bumps along the path.

It is not unusual for someone in recovery who is struggling to express resentment towards friends or family who are trying to help them. They may show anger and negativity surrounding the experience of recovery or treatment.

Mental health issues are often co-occurring with addictions and those who have turned to alcoholism are often in need of a dual diagnosis. If someone is not currently engaged in regular therapy sessions with a trained mental health counselor it is a good idea to encourage them to begin sessions and see where it goes. They may be surprised at how helpful therapy turns out to be for them. This could be the way they finally manage to address the root causes that led to their problematic behaviors including turning to substances as a coping mechanism.

Those struggling with addiction may feel jealous and express feelings of jealousy to their friends and loved ones who do not have to deal with these same feelings and emotions. You may hear the phrase, “You wouldn’t understand” often. It’s always best to remain calm and try your best to be an active listener. Telling someone what they should do usually does not work. It’s better to let a person come to a sensible conclusion on their own while you gently guide them on the path to making positive choices.

Sometimes those in recovery may appear a little narcissistic. This can occur for many reasons. If you stop and think about it, it’s not altogether that surprising. In treatment, a person is told to set aside their life, their work responsibilities, their obligations to loved ones, their obligations to family and childcare, and to focus on themselves.

Being told over and over to take time to focus on yourself is likely to create a habit of and routine that involves a bit of obsession surrounding how you move through the world and how your actions are perceived by others. Over time, a person in recovery should be able to learn how to better integrate into society. In the meantime, the kind thing to do is to let them focus on their well-being and understand that much of their behavior is related to the healing process.

Signs Someone in Recovery May Need an Intervention

Individuals who are in recovery and struggling often romanticize the days when they were under the influence and engaged in negative behaviors. Listening to them vent about their challenges and emotions is important, however, there is an important line when it comes to validating conversations that romanticize negative behaviors. A person who is still a little too proud of their wild stories from their days while drinking or using drugs may not be in a good frame of mind and they may be at risk for relapse. This could be a sign that an intervention is needed.

A sure sign that someone is struggling with their recovery is if they have replaced one addiction with another. Someone who has stopped drinking or using drugs may redirect their addictive behaviors to a new outlet. This is not healthy behavior.

Common outlets for those replacing one addiction with another include:

If someone you care about is acting in problematic ways it may be time for an intervention. If you or your loved one appears to be at risk for relapse, it is important you intervene as soon as possible. Reach out to Oasis Recovery to speak with a specialist about relapse prevention and aftercare services to help maintain sobriety and lasting recovery.

Marijuana, also commonly referred to as weed, pot, cannabis, has a long history of use. Many cultures from thousands of years ago grew marijuana plants to use as a medicinal herb. Only later was the substance used for its euphoric and recreational purposes.  Marijuana use and abuse in the United States dates back to the…

Found everywhere from convenience stores to marijuana dispensaries, Delta-8 is a drug that many people haven’t even heard of but is growing in popularity. Derived from the marijuana plant, Delta-8 appeals to people who would rather chew a gummy or candy rather than smoke the plant to “feel good.”  Many people cry out for the…

Once you have completed an addiction treatment program, it’s time to consider how to re-enter society and return to everyday activities like work. Once you’re living a life of sobriety, filling your life with purpose and meaningful activities is important. This is especially true soon after completing a treatment program as newly sober individuals can…

If you have experienced chronic pain or invasive surgery, your doctor likely prescribed a potent opioid. Many patients may receive drugs like Percocet or oxycodone post-surgery, when dealing when a painful illness like cancer, or even after an intense dental session. These prescription drugs have now become so commonplace that the United States is currently… 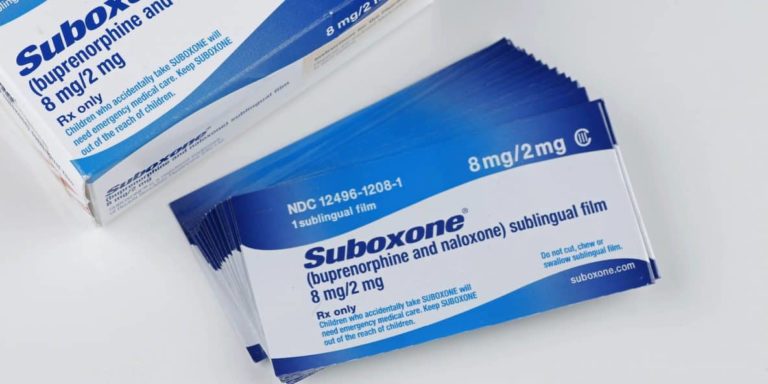 Suboxone is a medication used to treat drug abuse and opioid withdrawal symptoms. It’s an opioid used to treat people who are addicted to opioids such as heroin or prescription pain medications such as OxyContin or Vicodin. This medication comes as a tablet placed under the tongue. It is also available as an oral lozenge….