Fentanyl is a synthetic opioid pain reliever that is typically prescribed for severe pain treatment. It is quite potent, being 80 to 100 times stronger than morphine, which is already a strong pain reliever. In recent years, fentanyl has been a hot topic as overdoses resulting in death from its use have increased dramatically. In fact, in 2015, fentanyl-related deaths only made up 1% of all overdoses in the county, but by 2020 fentanyl-related deaths made up roughly 40% of all overdoses.

As a prescription, fentanyl generally comes in the form of transdermal patches and lozenges. These days, however, fentanyl is frequently manufactured illegally and sold on the black market. Fentanyl has become popular and well-known for its heroin-like effects. Fentanyl sold illegally on the street typically comes in the form of a powder, but is also sold on blotter paper and, increasingly, in pill form.

The Rise of Drugs Laced With Fentanyl

Illicit fentanyl is generally smuggled into the United States through Mexico, after being produced in foreign labs. The drug is then distributed throughout the country and sold on the illegal drug market or “black market.” Not only is illicit fentanyl being sold all over the nation, but there has in the past year been an alarming uptick in the amount of other illicit drugs, such as cocaine and heroin, being laced with fentanyl and sold to unsuspecting individuals.

These individuals buying these drugs think they are purchasing pure cocaine, heroin, or pills, and unbeknownst to them, the drugs actually contain fentanyl—often at lethal levels. There is absolutely no quality control in this market of selling illicit drugs, so it is impossible for a buyer to know if the drugs they’ve purchased are cut with fentanyl, or how much fentanyl is present.

You may be wondering why there is a rise in drugs laced with fentanyl. These days, many illegal drugs are intentionally mixed with fentanyl because fentanyl is a low-cost way to increase the overall potency of drugs being sold. As fentanyl most often comes in powder form, it can be undetectable when mixed with cocaine or heroin. More and more often these days, fentanyl is being pressed into pills made to look like legitimate prescription pills, presenting a potentially fatal mistake when consumed. In an article published in the New York Times, the executive vice president of a drug rehabilitation center in New York City put it aptly by stating, “These are no longer street drugs. This is poison.”

​​As many pharmaceutical companies have been impacted by legal lawsuits for their contribution to the opioid epidemic in recent years, some legitimate prescription pills have become scarce on the illicit drug market. This opened up a great opportunity for drug dealers to flood the market with imitation pills, made up mostly or entirely of fentanyl.

The Drug Enforcement Administration (DEA) has seized 9.5 million counterfeit pills laced with fentanyl and methamphetamine in 2021, which is more than the last two years combined. The counterfeit pills are illegally manufactured by elaborate drug networks, and the pills are made to look identical to prescription medications such as Oxycontin, Adderall, Percocet, Vicodin, and Xanax. The pills are often sold on the black market through social media and e-commerce platforms to individuals who believe they are buying the real prescription pills.

The risk of overdose from taking fentanyl-laced pills is very high, particularly when taking it without knowing it, or when mixed with other drugs. The risk and prevalence of fentanyl-laced pills has become so prevalent that the DEA issued its first public safety alert in six years, warning individuals of the sharp increase in fake prescription pills containing fentanyl and meth. The statement came with some alarming news: more than 40 percent of black-market prescription pills contain lethal amounts of fentanyl.

The rise of drugs laced with fentanyl contains many factors: it is abundant, low cost, undetectable, and extremely potent.

It is important to know the warning signs and symptoms of a fentanyl overdose, even if you have never used fentanyl. These days, if you are using any illicit drug, there is an increased risk of it containing fentanyl. Many people now carry Naloxone—a drug antagonist that reverses the effects of opioids and can be life-saving when an opioid overdose occurs—with them in case they encounter someone experiencing an overdose. Naloxone is available to the public, often for free, through programs aimed at harm reduction. These programs also often offer education and training on the use of naloxone.

Symptoms of a fentanyl overdose include:

Once medical professionals arrive, the individual will likely be immediately treated on scene as needed, before being taken to the hospital for further stabilizing treatment and observation.

In the event that an individual survives an overdose, it is crucial that they seek professional drug use treatment. If an overdose occurs, it will likely occur again if the substance use is left untreated.

If you or a loved one is currently struggling with drug abuse, help is available! We encourage you to reach out to the professionals at Oasis Recovery to learn more about our personalized treatment programs and mental health services. Recovery is always possible. Our experts work with you to design a treatment plan that fits your needs. Common treatment programs include:

Withdrawal effects vary from drug to drug. Cocaine withdrawal is known to have a particularly unpleasant “come down”. Those who abuse cocaine are known to try to offset the negative feelings associated with stimulant withdrawal using anti-anxiety medications like benzodiazepines (benzos). Adding another drug, in this case a depressant or downer, introduces further complications and…

The Covid-19 pandemic has taken many lives, but a lesser-known toll of the outbreak is the spike in alcohol-related deaths. According to data from the Centers for Disease Control and Prevention (CDC), there has been a significant increase in alcohol-related fatalities since the pandemic began. This is likely due to people turning to alcohol as…

The Ways Opioids Psychologically Change You Doctors are now prescribing opioids in greater numbers than ever before. This has led to addiction, overdoses, and death. Opioids are powerful drugs that affect your brain chemically and psychologically. In the case of opioids, there are serious consequences for individuals who use them recreationally or as prescribed pills. …

You may be wondering: how does drug rehab work? Today, more people than ever before are struggling with addiction. According to the nonprofit organization SAMHSA, nearly 23 million Americans over the age of 12 years old currently have a substance abuse problem. This is significant considering the fact that only half of those who need…

You might think that creatives—people who express themselves through art, writing, music, and photo—would be less prone to substance abuse than the average person. After all, these activities are all about expressing oneself artistically and communicating with others, right? Wrong. Many creative professionals struggle with substance abuse more than the average person. This may come… 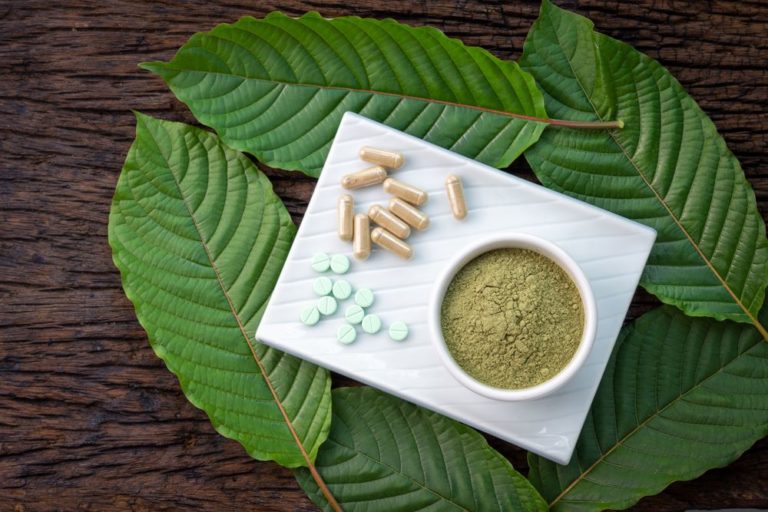 What Is Kratom?  Kratom is a tropical tree—classified as Mitragyna speciosa—native to Southeast Asia. Consuming the leaves of kratom has psychotropic—or mind-altering—effects. Kratom leaves contain two major psychoactive compounds, which are mitragynine and 7-hydroxymytragynine.  Currently, kratom is not illegal in the United States, but it is currently listed by the Drug Enforcement Administration (DEA) as…