The 7 stages of addiction are used as a blueprint for how addiction typically develops. Substance addiction does not occur all at once; instead, an individual’s addiction is the result of repeated substance abuse that alters their perspective on a drug and how it affects their body. Every person’s progression through this process is the same, although the time it takes to complete each stage varies depending on the individual, the dosage, and the drug being abused. By identifying the signs of an addiction, it is possible to break down the stages of substance abuse into their fundamental parts, starting with a person’s first dose and ending with the addiction itself.

In this article, we discuss the seven stages of addiction. It is important to know that if you or a loved one is struggling with drug abuse, help is available at Oasis Recovery.

The National Institute on Drug Abuse states that most individuals with addiction started using drugs before the age of 18 and had a substance use disorder by the age of 20. During the initial phase of addiction, the individual tries the drug for the first time. This can occur at any moment in a person’s life, but it is common for individuals with substance use disorders to try their drug of choice before they turn 18.

A teenager’s choice to experiment with drugs can be influenced by either curiosity or peer pressure, or both. Because their prefrontal cortex is still maturing, teenagers are more likely than most age groups to try a new drug. Because they can’t adequately evaluate the long-term implications of their actions, many teenagers make choices without thinking sufficiently about them.

Someone’s using a drug doesn’t guarantee addiction; sometimes, a person takes a drug out of curiosity and then stops after their curiosity is satisfied. Drug use is also affected by other factors related to the drug’s role in the individual’s life, including availability, peer use, family environment, and drug history. Once an addicted individual continues to take a substance despite adverse consequences, they may soon enter stage two.

The user has progressed past trying the drug on its own and is now testing it in various scenarios to see how it might impact their life. Drugs are typically connected with social actions like having fun or relaxing after a long day in this phase. In addition, teens may use the drug to increase party atmospheres or handle schoolwork stress. Adults mostly seek out the drug for pleasure or to handle stress.

At this stage, there are no cravings for the substance, and the individual still has the ability to make a free choice about whether or not to use it. Someone’s nature and reason for using the drug determine whether they will use it impulsively or carefully. If a person decides to quit, they still may at this time.

When someone begins to use a substance regularly, its habitual use becomes normalized and develops from infrequent to repeated use. Though they do not utilize it every day, there is some kind of pattern in regard to it. The pattern depends on the individual, but a few examples include taking it every weekend or during emotional distress such as loneliness, boredom, or stress. At this point, a social drug user might begin taking their substance solo, eliminating the social element of their choice.

At this point, the individual may begin to experience negative consequences as a result of substance use. For example, the person may come to work hungover or high after a night of drinking alcohol or smoking marijuana. While there is still no addiction, the individual will probably think about their substance of choice more frequently and might have begun to build a mental dependency on it. Quitting becomes more difficult with no outside help, although it remains a viable goal.

When a person has reached Stage 4, their habit has become so bad that it negatively impacts their life. In contrast to Stage 3, where the occasional hangover at work or at an event is acceptable, at Stage 4, instances like this become commonplace and have a noticeable effect. Many drinkers are arrested for DUIs at this stage, and all users will most likely see a significant drop in their work or school performance. On top of this, a frequent habit may cause financial problems where there were none previously. Common indicators that someone has entered this stage are:

When someone reaches Stage 5, their drug use is no longer recreational or medicinal; rather, it stems from habituation. Tolerance and habituation are occasionally considered to be components of this stage, but habituation should have already been established by this point. In this stage, habituation can be physical, psychological, or both, and therefore, only habituation is recorded.

Someone who has developed a physical dependence on a drug has abused it for so long that their body has grown accustomed to its presence and now relies on it. When use is discontinued, the body will enter withdrawal, a process that is dangerous and unpleasant and should be handled by medical professionals. Most individuals choose to continue using their substance of choice instead of seeking assistance because it is the easiest and fastest way to escape withdrawal.

Prior to developing a physical dependency on a drug, the person may become psychologically dependent on it. They believe that they need the drug to function like everybody else if they take it. Drugs like prescription medicines frequently become a coping mechanism for difficult times and then continue to be used when they should not. For instance, a patient taking pain medication may overmedicate, believing that mild pain is severe pain.

Drug use is defined by two words: dependency and addiction. Though they are frequently connected, they are different. The biggest distinction is that when someone becomes dependent on a drug, their drug use ceases to be a voluntary decision. Before that point, it continues to be at least a ghost of one.

At this stage, individuals feel that they cannot live without their substance of choice and consequently lose control of their actions and choices. During Stage 4, the user will almost certainly drop their old interests and avoid family and friends. If they are asked whether they are using drugs, they are likely to compulsively lie and become extremely angry if their lifestyle is threatened in any way. Their former life may be so alien to them that they may not recognize how their behaviors are damaging and the damage they have caused to their relationships.

A substance use disorder is a chronic illness that can result in danger for a lifetime. Even if a person ceases using a drug after undergoing treatment, there will always be a risk of relapse. To maintain a life of recovery, one must undergo an entire lifestyle change.

An addict’s life reaches a breaking point when their addiction has become so out of control that it jeopardizes their well-being. The crisis stage, sometimes called the final stage of addiction, is where an addict is at the highest risk of suffering a fatal overdose or some other life-altering event.

While it’s terrible to think about, a crisis might be the best-case scenario for this phase. Many individuals seek rehab help for the first time at this stage, whether or not they obtain help. This stage may thus mark the end of their dependency, as well as the beginning of a new life free of drugs and alcohol, which is filled with hope for the future.

Have you been able to relate to any of the seven stages outlined today? If so, you may need to seek professional assistance from an addiction treatment center.

We at Oasis Recovery Center provide individualized care through our patient-centric approach to rehabilitation. When a patient first enters our program, our medical and clinical team performs a comprehensive evaluation to create custom treatment plans.

Although overcoming an addiction is difficult, it is not impossible. With the assistance and support of loved ones, you or your loved one can achieve a new, healthy lifestyle free of substance abuse. Contact us today to get started.

Fentanyl is an extremely potent synthetic opiate that has become a major factor in the rate of overdoses and deaths related to the opioid epidemic. Fentanyl can come in a variety of forms making it especially easy to mix with other substances. Unfortunately, mixing fentanyl into other substances has become a common practice because such…

What is fentanyl? In short, it is a drug that can quickly destroy a person’s life if left untreated. With long-term use, fentanyl can alter behavior, cause permanent bodily harm, and even lead to death. Because it is so addictive, quitting without proper assistance might be difficult and dangerous. That is why it is important…

What Are Psychedelics?  Psychedelics, also often referred to as “hallucinogens,” are a category of drugs whose primary effect is that they trigger altered states of consciousness. Psychedelics can be composed of chemicals, such as LSD or “acid,” or plants, such as psilocybin or “magic” mushrooms. Other psychedelics include ecstasy, PCP, GHB, ketamine, ayahuasca, and salvia. … 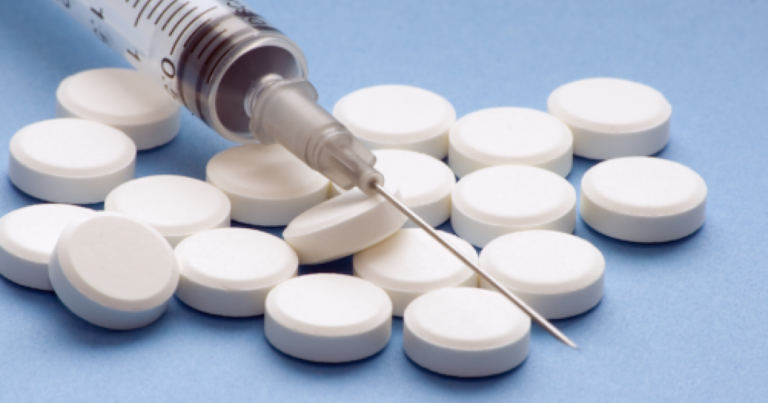 In the midst of last month’s attention to actor Johnny Depp’s $50 million lawsuit against ex-wife Amber Heard, a psychological term entered the public lexicon: histrionic personality disorder. A clinical and forensic psychologist, Shannon Curry, conducted a psychological evaluation of Heard and testified in court regarding her diagnosis. Testimonies from Curry and other clinical professionals…