Maybe people wonder, what is the most dangerous type of alcohol? Alcohol toxicity is one way of referring to the risks and dangers associated with alcohol poisoning. When too much alcohol has entered the body, especially in a short period of time, there can be drastic consequences that result in a medical emergency. A person who has ingested a toxic amount of alcohol can have effects ranging from being extremely disoriented, shallow breathing, becoming unresponsive or unconscious. If someone appears to have alcohol poisoning it’s essential that emergency medical services are contacted immediately.

A report by the Centers for Disease Control and Prevention is a reminder that thousands of Americans die each year as a result of driving while under the influence. This is what tends to come to mind when asked to think about the dangers of alcohol. Less often, the public is advised about the risks associated with particular alcoholic beverages. Certain types of alcohol can make it more likely a person who is engaging in heavy drinking or binge drinking will end up consuming toxic levels of alcohol.

The Most Dangerous Types of Alcohol

The danger is often hidden. Alcohol that is mixed into sugary beverages or does not taste strong going down can result in drinking more than intended. College students are familiar with getting into trouble having a few too many Jello shots, flavored beers, hard seltzers, hard iced tea or hard lemonade; however, the danger doesn’t only lie in consumption. Alcohol abuse is not the only danger involved with excessive alcohol use.

According to the NIDA report, about 95,000 Americans die from alcohol-related issues annually, or 260 people per day. In order to educate yourself on the many dangers of alcohol consumption, we have compiled a list of the most dangerous types of alcohol.

Four Loco’s original recipe was eventually banned. This is partly because adding caffeine to alcohol can intensify the effects of alcohol while making a person able to stay up longer, party, and drink more. Further, Four Loco was originally marketed as an energy drink. This has not stopped other companies, like Red Bull, from finding ways around direct marketing as an energy drink that pairs well with alcohol.

When alcohol and caffeine mix, the caffeine can conceal the inebriating effects of booze, making people feel more perky than they normally would. As a consequence, drinkers may consume more alcohol and become more impaired than they realize, leading to increased alcohol-related damage. According to the CDC, People who mix alcohol with energy drinks are more likely than people who do not mix alcohol with energy drinks to report engaging in unwanted or unprotected sex, driving drunk or riding with a drunk driver, or sustaining alcohol-related injuries.

Real moonshine is not regulated. It’s a homemade product that is typically made illegally under unsupervised conditions. The resulting product is usually very strong (high alcohol by volume (ABV) and can contain unhealthy, dangerous impurities.

To make moonshine, the alcohol is removed from a mixture of corn and sugar by evaporation. The vapors from the distilling process consist of methanol, a byproduct of the procedure. Moonshine includes methanol, a byproduct of the distillation process. Moonshine blindness is caused by methanol toxicity, which can’t be detected right away. A person who consumes methanol will become increasingly intoxicated, but consuming more of it will cause serious harm. A person can develop permanent optic and nerve damage, or even blindness, if they consume just 10 milliliters (ml) of methanol.

Everclear is a term used to describe grain alcohol that has an extremely high proof. Everclear contains at least 60% ABV but can contain 75-90%+ ABV. By comparison, common liquors sold at a spirits store contain around 40% ABV. Aside from the fact that your liver is not designed to quickly and effectively break down alcohol that is this potent, a person who drinks high-proof alcohol is at greater risk of alcohol poisoning.

According to the CDC, about 6 people in the United States dies from alcohol poisoning each day and this is most common among middle aged adults, as shown below:

Fortified wines, sometimes referred to as “dessert wines”, can contain a deceptive amount of alcohol. The following are examples of wines that are fortified with distilled alcohol:

These wines typically contain around 20% ABV compared to 10-14% ordinarily found in wines. As stated by the National Council on Alcohol and Drug Dependency, one small bottle of fortified wine contains the equivalent amount of alcohol as five shots of vodka. Also stated by the NCADD, a person weighing 150 pounds or less who consumes a single 375-milliliter bottle of fortified wine within one hour may exceed the blood alcohol content limit for driving while intoxicated in every state except Georgia. Furthermore, consuming two 375-milliliter bottles within one hour may result in death due to acute alcohol poisoning if the individual weighs 100 pounds or less.

In the U.S., malt liquor refers to alcoholic beverages made with malted barley that contain 5% or more ABV. Usually, these are strong beers sold at low prices. A “forty”, which contains 40oz, is usually malt liquor.

Ingesting malt liquor is detrimental to your health. It may cause serious liver damage and other health problems if consumed over a long period of time, just like any other alcoholic beverage. However, It’s not the same as an average beer. Malt liquor drinks usually have a higher alcohol content, are sold in larger bottles, and are cheaper per volume than standard beers. Malt liquor beverages are excessive compared to regular drinks, particularly those with a higher alcohol content. A typical malt liquor beer contains as much as 40% more alcohol than a regular beer.

Common examples of malt liquor include:

Absinthe is created from distilled grains and green anise, wormwood oil, fennel, and other plants. It usually contains over 45% alcohol, which is close to 90 proof. The high alcohol content of absinthe makes it simple to become intoxicated. Some experts believe that absinthe drives people insane. Thujone, a component of absinthe, was blamed for the insanity that it caused in the past.

Most notably, people who consumed absinthe around the time of its discovery said that you see a green fairy when you drink it. This could be due to the extremely high alcohol content, impurities that weren’t properly filtered out during the brewing stage, or simply a myth. The graph below puts into perspective just how high the alcohol content in absinthe is:

Getting Help for Alcoholism is Important

An alcohol addiction can be overcome with the assistance of a qualified treatment center that addresses co-occurring disorders. Because alcohol is so prevalent throughout our society, recovering alcoholics are constantly confronted with triggers. To be successful, treatment centers must be able to assist recovering users in finding effective ways to handle triggers and cravings.

before beginning treatment, a person must recognize their condition and be eager to quit drinking. An individual may recognize they have a drinking problem on their own, or family members or friends might stage an alcohol intervention. This scenario involves family members expressing their concerns about excessive drinking patterns. An intervention also helps start the conversation about treatment and support options that are available.

While in treatment for alcoholism, various therapies and exercises will be provided based on the client’s individual wants and needs. These sessions aim to identify the root source of the addiction as well as implant new, healthy coping and decision-making skills.

It’s hard work to rid your body of alcohol’s toxins and to cease being physically or emotionally dependent on it. You must push through the rehabilitation process to become independent from alcohol. Once you have eliminated the toxins from your body, you will still have to struggle daily to resist further alcohol use. In rehab, you’ll acquire a lot of abilities to adjust to sobriety and life in the community as a whole.

You may have missed years of crucial time connecting with others, learning to handle your money, developing financial responsibility, and establishing a job history while you were dependent on alcohol. In order to avoid future relapses, you’ll need to develop all of the necessary skills during your rehab stay. People who struggle with addiction as well as financial issues and everyday challenges are likely to return to a lifestyle that includes drugs or alcohol. It will be a difficult and long journey, but you’ll reap the benefits of each day of sobriety in the future.

If you or someone you love is struggling with alcoholism, we encourage you to reach out to us for more information about our alcohol addiction treatment program. We offer a range of programs including:

Oasis Recovery prides itself in treating the whole person. This means we also focus on our client’s mental health. Our counselors work with clients using a combination of traditional and holistic forms treatments which can include:

Reach out to us today to speak with a specialist about how our programs and services can be tailored to meet your individual needs.

Pandemic is a disease outbreak that is transmitted from person-to-person and is therefore considered a public health emergency. An epidemic, on the other hand, is a pandemic that affects an entire population or a region. Both pandemic and epidemic have the same root word, pandemic, which means “wondrous” in Latin. Both pandemics and epidemics are…

The road to recovery from a drug or alcohol addiction can be a long and difficult journey. While many treatment programs offer support and guidance, relapse is common among individuals who have been sober for as little as one day after going through treatment. What’s more, recovering from addiction is a life-long process.  While there… 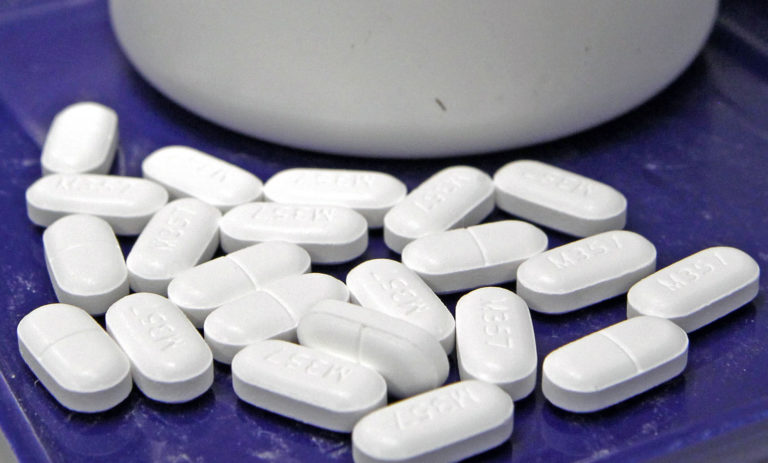 There is never going to be the perfect moment. People are unlikely to change on their own without facing serious consequences for their choices and actions or if others become involved and nudge them in the right direction.  If you believe that a person you care about is struggling with benzo abuse or addiction, it’s…

Have you found yourself searching ‘rehab near me’ but have yet to find a quality drug or alcohol rehab in your area? If yes, look no further. Every day, people from all backgrounds seek drug rehab treatment. Unfortunately, cultural stigmas make it difficult to discuss drug use or treatment. Thankfully, Oasis Recovery provides a variety…

Fentanyl is the new heroin. Most of the time, a person who is buying opioids on the street is actually purchasing a mixture that contains the synthetic opiate fentanyl. A very small amount of fentanyl can kill a person. Fentanyl is inexpensive and can be stretched a long way when cut with other substances. This…

“Non-alcoholic beer is for non-alcoholics” is a phrase heard often in the 12 step rooms of recovery. What does this mean, exactly? The phrase suggests that alcohol-free, or “non-alcoholic,” beer is better left untouched by those in recovery from alcohol dependence because it could create more temptation or desire for the “real thing” that is…