Found everywhere from convenience stores to marijuana dispensaries, Delta-8 is a drug that many people haven’t even heard of but is growing in popularity. Derived from the marijuana plant, Delta-8 appeals to people who would rather chew a gummy or candy rather than smoke the plant to “feel good.”

Many people cry out for the legalization of marijuana, as it is known for its medicinal properties, particularly for cancer patients. However, when smoked regularly simply for the purpose of feeling euphoric, you have to look at it for what it is, just another drug that causes addiction.

Let’s take a look at the pitfalls of both drugs and examine if one is more dangerous than the other.

Legal to use in most states, Delta-8 is an extract from hemp-derived CBD. It is known to cause a milder euphoric feeling than when you smoke marijuana and get “high” from its (Delta-9-THC) content. It is also believed to have fewer side effects than marijuana, such as paranoia, anxiety, and drowsiness.

There is very little lab testing as far as what goes into Delta-8 products, which are often sold in the form of gummies, oils, vape pens, edibles, beverages, or tinctures. Because of this, products labeled as Delta-8 may contain high levels of THC.

Another problem with Delta-8 is that there has basically been no research conducted or evidence found on its impact on your health. Users claim that it does everything from calm nausea to ease pain relief, but there aren’t any solid facts to back this up.

How Is Marijuana Dangerous?

After tobacco and alcohol, marijuana is the most commonly used addictive drug. Some people believe that being addicted to marijuana isn’t as bad as having an addiction to harder street drugs, however, the truth is that it is still an addiction. It is a substance that is harmful to your body, and you are unable to let go of it. Let’s talk about some different ways that marijuana harms your mind and body.

Is One More Dangerous Than the Other?

Although they are both derived from the exact same plant, taking Delta-8 may be slightly more dangerous than smoking marijuana. There are several reasons for this.

First of all, with Delta-8 being legal in most places, it may be easier for children to get their hands on it. Also, it comes in neat little candies and gummies, which also appeals to a younger audience.

The THC (Delta-9) found in marijuana has been heavily researched and regulated, while Delta-8 has very little oversight or lab testing that goes into its production. This leaves a lot of room for safety concerns.

With that being said, both marijuana and Delta-8 have a list of undesirable side effects, with one of them being the potential for becoming addicted.

Take Control of Your Addiction With Oasis Recovery

Whether you are addicted to marijuana or Delta-8, Oasis Recovery is here to help you overcome your dependence on it. Don’t remain enslaved by a habit that you know is harmful to your mind and body. Call us today and make a smart decision about your future.

Heroin is a drug that can cause intense feelings of happiness and euphoria. It works by attaching to the same receptors in your brain that cause the body to release endorphins, which are natural painkillers. For some people, however, heroin use can lead to depression.  Though it may seem counterintuitive to some people, there is…

Drug abuse and addiction are major problems in the United States and abroad. Several governmental and non-governmental organizations have attempted to provide solutions to this epidemic with changes in policy and policing, such as the War on Drugs. However, creating new, harsher policies and increasing the policing of drug trades, sales, and use does not…

Depression is a mental disorder that, according to the National Institute of Mental Health, affects approximately 16.1 million people, or 6.7% of all adults in the United States. In addition to being highly prevalent, depression is also difficult to treat and manage. In order to treat depression, many people turn to medications like opioids for… 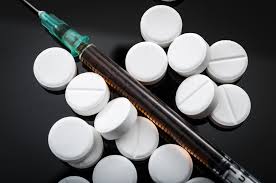 Drug addiction is a severe and ongoing problem throughout the U.S. but especially in North Carolina. According to data gathered by the National Council on Alcoholism and Drug Abuse, there are many communities in North Carolina that have high rates of alcohol and drug abuse. These communities are often referred to as having a substance…

In general terms, relapse is defined as the worsening of a person’s state of health after a period of improvement. This generally refers to someone with a medical condition. Drug abuse relapse, generally also referred to simply as “relapse,” refers to a person beginning to drink or use drugs again after a period of intentional…