Several social media posts and local news reports have warned about fentanyl-laced weed or “fentanyl weed”. Drug dealers often mix fentanyl with other drugs, such as prescription painkillers, because of its cheap price. However, the combination of other drugs and fentanyl may increase the risk of overdose. Continue reading to learn more about this recent terrifying trend.

Fentanyl is a synthetic opioid that is 50-100 times more potent than morphine. Because it has powerful opioid properties, fentanyl is also abused. Fentanyl was developed for use on a skin patch to provide pain management for cancer patients. Because heroin is frequently enhanced with fentanyl or disguised as high-potency heroin, many users believe they are buying heroin but actually purchase fentanyl, which can result in overdose deaths. Fentanyl that is manufactured in Mexico is usually clandestinely produced.

What is Fentanyl-Laced Weed or “Fentanyl Weed”?

If a drug is “laced” it has had another drug added to it. Lacing is a common practice for certain drugs, particularly those like cocaine that is frequently mixed with other compounds to increase volume and boost profits. Some drugs are mixed with other substances to alter their impact (either to enhance or reduce these effects), such as heroin which if often laced with the drug fentanyl. This method frequently has lethal consequences. Despite the fact that marijuana is less likely than other illicit substances to be intentionally laced with fentanyl, this does happen.

There are no reliable statistics on how much marijuana is intentionally laced, and a large proportion of reports of tainted cannabis comes from news outlets. Cannabis products will be subject to strict quality standards as they become legal for both medical and recreational purposes in some states. As a result, there is a much higher chance of buying contaminated marijuana from an illicit source.

Drug suppliers add extra addictive substances, like fentanyl, to their narcotics to make them more powerful and addictive. Because of this, users are more likely to return to their dealer, maintaining the flow of revenue. This allows them to sell less “legitimate” goods at a higher price. Synthetic drugs are also less expensive to produce than genuine ones, and so more and more drug dealers are lacing their narcotics. Because of this, the rate of fentanyl-related fatalities and overdoses is increasing.

It is difficult to determine how prevalent fentanyl weed is, as individuals rarely acknowledge having experienced it unless they require medical care as a result. Nationwide, 5.6 percent of individuals aged 26 or older reported using marijuana in the previous month. That number increases to 19.1 percent among those 18 and older who have used it in the past month. It is likely that only a small percentage of those who recently used marijuana encountered fentanyl-laced marijuana.

A school in Connecticut reported that, early in 2022, a student was hospitalized after smoking what is believed to be fentanyl-laced marijuana. Because of several reports of opioid overdose symptoms in individuals who reported smoking just marijuana, the Connecticut State Department of Public Health issued a warning about the dangers of fentanyl-laced marijuana. In at least one case, marijuana was checked and discovered to contain fentanyl.

Can You Prevent Using a Fentanyl-Laced Drug?

Marijuana use is becoming more and more popular across the United States, particularly since it has been decriminalized in so many places. Although pure marijuana is now legal in many states, it may still be dangerous if it has been contaminated with other, more powerful drugs. Buying marijuana illegally is risky because you cannot tell how pure it is. How can you safeguard yourself against contaminants and potential fentanyl-lacing if you don’t want to quit using marijuana?

What Happens if You Use Fentanyl-Laced Weed?

Seek emergency medical help immediately if you believe you may have smoked weed that has been laced with fentanyl. This is especially important if you experience any of the following adverse effects:

If you experience any of these symptoms, call 911. In case of emergencies, keep Narcan at home. Narcan is a medicine used to counteract opioid impacts. First responders regularly use it and it’s available for private use as well. It is used to counterbalance the impact of opioids to prevent fatalities.

Because of its potency, fentanyl poses a real threat to the public. If you or a loved one is battling with drug dependency and is worried about fentanyl-laced marijuana, know that help is available for you.

Oasis Recovery is Here for You

Please contact us for information about how our programs and services can assist you in recovering from addiction. You no longer have to battle with addiction on your own. We are here to assist you. 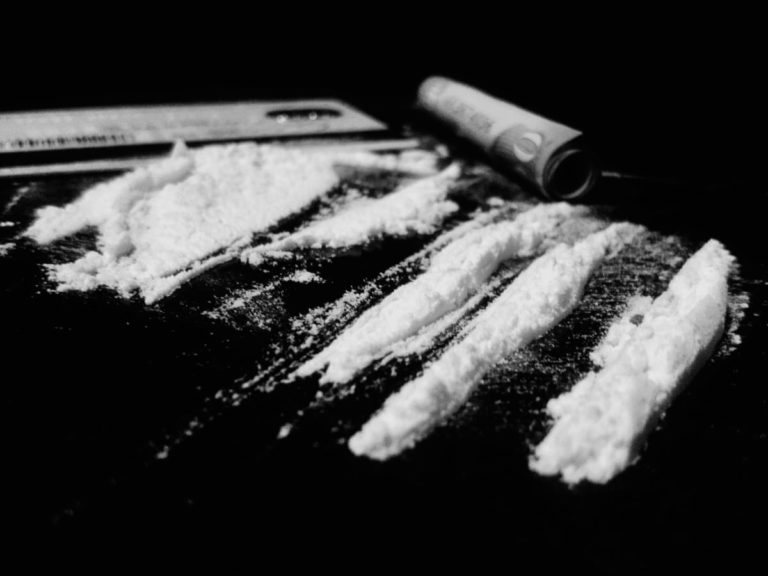 Chronic cocaine use can lead to long-lasting changes in the brain. These changes can alter a person’s perception, judgment, and memory, making it increasingly difficult to avoid taking the drug. Even after detox, many recovering individuals struggle to maintain their recovery. Depending on the severity of cocaine dependence, individuals may need to go through a…

There is an abundance of evidence linking anxiety with alcoholism. Some researchers believe that there may be a genetic component that increases the likelihood a person with high anxiety will be tempted to engage in higher consumption of alcohol. This would suggest that there is a mechanism in the brain responsible for anxiety that is…

Addictions affect everyone in the family, even those who may not realize it. Everyone has a role to play in the healing process. This article shares some of the ways in which family members can play a role in the healing process after addiction. Recovery from addiction is a journey. It requires dedication, hard work,…

Maybe people wonder, what is the most dangerous type of alcohol? Alcohol toxicity is one way of referring to the risks and dangers associated with alcohol poisoning. When too much alcohol has entered the body, especially in a short period of time, there can be drastic consequences that result in a medical emergency. A person…