Fentanyl is a powerful opioid that has significantly impacted on the ongoing opioid crisis in the United States—so much so that it has almost single-handedly produced the latest “third wave”. Between 2013 and 2016, overdose deaths involving synthetic opioids such as fentanyl increased by 540%, according to a report from the Centers for Disease Control and Prevention (CDC).

In 2017 alone, there were nearly 30,000 drug overdose deaths related to opioids. That’s a rate of almost 100 overdose deaths every day. Drugs like fentanyl have played a significant role in this pandemic because they are easier to produce and cheaper than other opioids. Fentanyl can be lethal even in small doses, making it especially dangerous when used inappropriately, used accidentally, or combined with alcohol or drugs like benzodiazepines.

Fentanyl’s Impact on the Opioid Epidemic

The opioid epidemic was decades in the making, but fentanyl has accelerated it significantly. The majority of heroin users report that they started by abusing prescription painkillers, which are synthetic opioids. When pharmaceutical companies began mass-producing prescription opioids like oxycodone, hydrocodone, and fentanyl, people began to view them less as medications and more as recreational drugs. That’s when the problems started. Pharmaceutical companies and doctors began over-prescribing opioids to people who didn’t need them.

In the 1990s, pharmaceutical companies began marketing fentanyl as a prescription drug to treat chronic pain. Fentanyl is a highly addictive drug that has become increasingly popular among people who inject drugs, as well as individuals who take opioids orally (by pill or patch) to manage pain that might otherwise be treated with surgery. Fentanyl is extremely dangerous, even in very small doses. It is often mixed with heroin or other drugs, unbeknownst to the user, which is what has caused the dramatic rise in overdose deaths.

Fentanyl is an opioid painkiller, 50 to 100 times more potent than morphine. It’s often used to help patients manage acute or chronic pain, usually as a patch or lozenge dissolved in the mouth. It’s also used to manage breakthrough pain in cancer patients and end-of-life care. Fentanyl was first developed in the 1950s and was primarily used in hospitals as a form of anesthesia, or to ease patients through the process of dying.

Why Is Fentanyl So Dangerous?

The risk of overdose is especially high when fentanyl is:

What Factors Have Led to the Increase in Fentanyl Use?

Over the past two decades, there has been an increase in the use of prescription opioids, contributing to the opioid epidemic, as many people have become addicted to these drugs. Fentanyl is especially dangerous because it can be so addictive. Even if you are prescribed fentanyl, you can become dependent on it. While many people who become addicted to prescription opioids continue to use them as directed by a doctor, others divert the drugs for their own use or misuse them. Fentanyl has also been used illegally by drug dealers. The drug is cheaper to produce than heroin.

How to Avoid a Fentanyl Overdose

Fentanyl is a highly addictive opioid that can be lethal even in small doses. It has been a major contributor to America’s opioid epidemic and has led to numerous deaths. If you are taking fentanyl to treat chronic pain, make sure you are aware of the potential risks.

Addiction and mental health disorders can affect anyone. If you or a loved one are currently living with one of these issues, help is available! We encourage you to reach out to the professionals at Oasis Recovery to learn more about our personalized treatment programs and mental health services. Oasis Recovery was founded from firsthand experience of addiction and recovery, with a mission of providing a space where people can heal from addiction in a compassionate, creative, open-minded, and heart-centered environment. We believe recovery is always possible. Our experts work with you to design a treatment plan that fits your needs. Common treatment programs include:

The term “dry drunk”, also sometimes referred to as “dry drunk syndrome”, was invented by the creators of the 12-Step program and Alcoholics Anonymous. The concept of the “dry drunk” is described and defined by R.J. Solberg in his 1970 book, The Dry Drunk Syndrome, as “the presence of actions and attitudes that characterized the…

Codeine cough syrup has been widely misused for decades, especially by teenagers wishing to get high or drunk without stealing liquor or paying for illegal drugs. Many people have abused this medicine because it is available for purchase; however, since the alcohol has been removed and codeine-based cough syrups have been restricted, patterns of codeine… 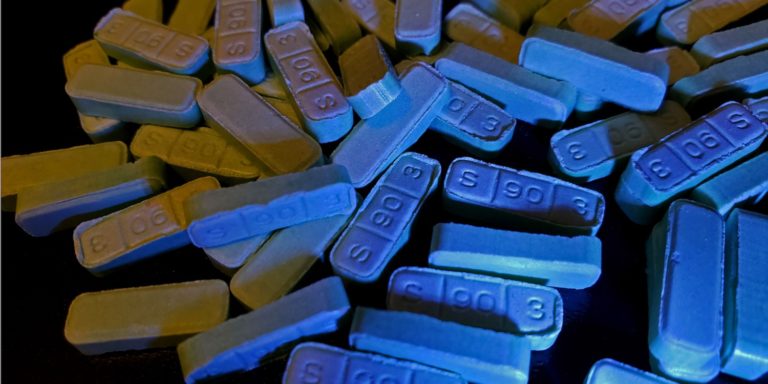 What Is Xanax?  Xanax is the brand name of a drug called alprazolam and is a prescription medication used primarily to treat anxiety and panic disorders. Xanax is the number one most prescribed psychiatric medication in the United States and is dispensed in a variety of doses in pill form. Xanax can reduce feelings of…

Cocaine addiction is just as serious as any other substance abuse disorder. Cocaine is a stimulant and, in turn, has different effects on different personalities. Some individuals who abuse cocaine feel intense pleasure or euphoria, talkative, and confident, whereas others report feeling angry, anxious, or paranoid.   Those who abuse cocaine say that it makes them…

Combining any substances that carry the potential for abuse and addiction is always a cause for concern. Alcohol is one of the most abused substances in the United States, in part, because we live in a drinking culture that often encourages drinking during social interactions and at celebrations. Cocaine is often thought of as a…

Not everyone is aware that there are medication-assisted treatment (MAT) options for alcoholism. It’s important to keep in mind that these treatment options are not a cure for an alcohol use disorder (AUD). Medications are used to help individuals who struggle with alcoholism get their lives back on track. This is similar to the way…