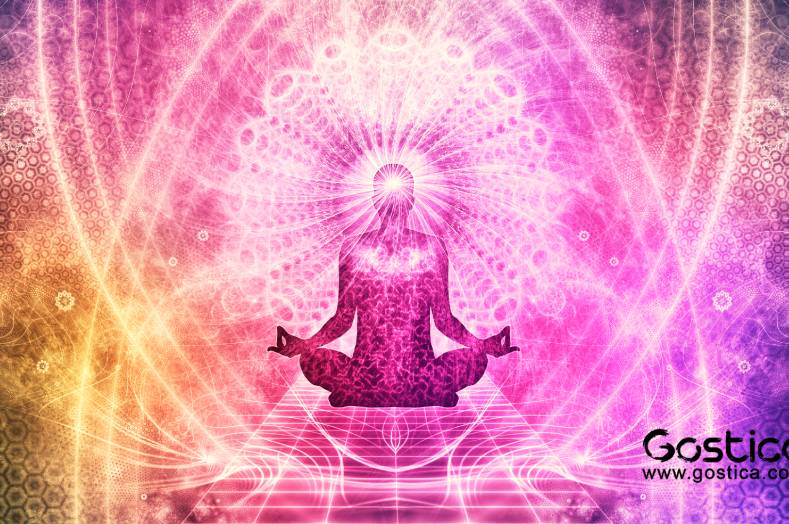 Ever wonder how those spiritual masters, saints, and gurus got so calm, cool and collected. Were they born
with an innate awareness of a higher reality? Were they bodily and mentally diferent than the rest of us? Is there any hope for a sufering addict to experience the relief of transcendence, when the mere thought of daily living confines them to an onrushing negative thought train- akin to standing in front of oncoming trafc? To some, the answers to these questions are as diverse as our interpretation of a higher power, our source, or God, if you prefer. To one who has experienced the transformational power of meditation, the answers are all powerful afrmations to the spiritual capacities of any, and all, individuals.

Let’s take a moment to look at the science behind a mental pattern of thought, and corresponding emotion: You come into this world, a clean slate; blank canvas, so to speak, with about 1,000 trillion neural connections, or synapses, multiplying rapidly as you explore the world around you. Connections used consistently become stronger and more complex, while those that are not used are eventually diminished. When you receive what you need, you build thoughts of positive afrmation toward your capacities and  abilities, positive emotion gets triggered, through
collaborative factors of brain chemistry and physiological processes. Boom-you grow up feeling pretty confident that you can handle certain uncomfortable situations. Say, for example, you are given food when your hungry, most of the time. Then you associate hunger with an easily addressable solution, no prob- fast moving positive neural connection.

But, say you are deprived of a basic need in some way, however small or large that may occur-from consistent criticism to severe abuse. If it happens a lot, you may end up with many complex pathways leading to negative beliefs and emotions, often quite habitual by the time you reach adulthood. This could be to the point where, when you attempt to carry out a simple task, you have so many negative associations with a wide variety of life’s elements, that anything and everything can lead to the thought of self-criticism, or lack of power, negative sensations, and then, for addicts, to the associated past solution, drugs and alcohol. And then you have triggers, cravings, emotions, and it’s a mess. It’s not a shameful, unworthy, poorly disciplined mess though. It’s a practiced thought-patterned, power-of-mental habits, poorly-interpreted-external-stimuli mess.

Enter: the calm expanse of formless consciousness, floating in a sea of tranquility…Oh wait, there are some  steps in between here…practiced meditation.

It can be a key, and as a connoisseur of highs of alltypes, with a preference for the spiritual type, I won’t say it is the only key, but I will say, without a doubt, if you can put aside doubts, for a few minutes and deal with the, sometimes painfully slow, rewiring of thought patterns that occur in the regular, consistent practice of meditation, then you too can experience the bliss of saints and gurus. I’m not saying your going to lead the masses or write volumes of transcendent literature (I’m not saying your not either) I’m just saying the emotional equivalent to this sort of liberation; the relief of a spacious mental environment; the ability to not be perturbed by even extremely stressful situations, or the ability to not be perturbed by your perturbation, is completely accessible to all.

How? You might ask- how does sitting in silent reverie,produce such an alteration in one’s being as to transform even hard core criminals all around the world, into positive, contributing members of society? (Many correctional facilities around the world are implementing meditation practices quite successfully.) Part of it has to do with diferent frequencies of brain waves. Meditation enables us to move into lower frequency brain waves; accessing, and activating diferent parts of the brain, specifically those associated with more conscious, rational, decisionmaking, and slower, more deliberate responses to life.

Even simply sitting still, and remaining aware of thoughts and emotions, begins a powerful process of choosing where attention is placed, rather than being a slave to habituated thought patterns, and the subsequent actions they may produce.

In choosing to place one’s attention first on what is occurring within (mindfulness) and then on a specific point, such as a mantra, breath, or sound (focused meditation,) you take back power and build new mental strength, activating new neural pathways. You might not notice anything drastic at first, except perhaps intense awareness of all the negative emotions and habitual thoughts and triggers. But with time, and compassion (as in: accept that your mind is going to uncomfortably wander for some time,) you may notice that what once triggered suicidal thoughts, now just causes discomfort, and what once gave you a feeling of acceptance, now evokes bliss. You may notice that, where once there was uneasiness, now there is the power to choose a more satisfying interpretation of reality: A reality in which you afect the unfolding of your life, and all the bliss of this empowerment, with the power of your own attention. Boom, floating in the ethers…

Here’s a few simple steps to begin a meditation practice: (by the way, not only will you find, online, an overwhelmingly large amount of meditation strategies, but you will also find contradictory information on what
the best way to go about it is, various approaches and interpretations of how it works, and varying ideas on what’s most beneficial. In my experience, it matters less how you go about it, then that you start somewhere…even if you just simply, as stated in the book “Alcoholics Anonymous,” “pause when agitated or doubtful, and wait for the right thought or action to come.” And after you master the pause, here are some other ideas on further meditation steps:

This last step can trip addicts and alcoholics up because we are used to beating ourselves up when we notice we’ve done it “wrong.” Don’t do it!- that moment passed, you were not aware in the moment that would have been appropriate to beat yourself (jk-there’s never an appropriate moment for that, in my opinion.) Once you are aware that your mind wandered, you’re already in awareness-ha! There’s nothing but positive options, gotcha, you negative thought train, you…you can only go up! …And that’s what meditation makes you do…raise the proverbial roof. Boom.